What is Commercial Quantity Under NDPS Act?

Let us know in detail what commercial quantity implies and what it covers under the NDPS act.

There is a proper mention of it when talking about commercial quantities under narcotic drugs and psychotropic substances. It defines any substance/portion more significant than the quantity mentioned by the Central Government by notification in the official gazette.

Small and commercial quantities get specified for each drug. And if the amount of narcotics exceeds more than the mentioned amount, severe charges or jail time becomes the ultimatum. Remember,

NDPS Act considers drug offences very seriously, and penalties are quite a lot.

Fines and sentences vary depending upon the number of drugs and the seriousness of the case. The drugs have differentiation like small quantities, more than small, but a little less than commercial quantity and then comes the retail amount of drugs.

As discussed above, there are three types of classification of drug quantity, small, intermediate and commercial.

Commercial quantity is any quantity that exceeds the desired quantity specified by the Central Government.

On the other hand, a small quantity is any quantity that is lesser than the quantity mentioned explicitly by the Central government.

This difference becomes important as it distinguishes commercial quantity with intermediate, and accordingly, the determination of offence becomes easier.

The offences under commercial quantities are usually non-bailable  U/S 37 NDPS Act 1985. However, the bail can be granted if the court finds out that the offender did not use the drug for consumption, selling or buying. The offender needs to prove their innocence, and only then they can seek bail for the same. 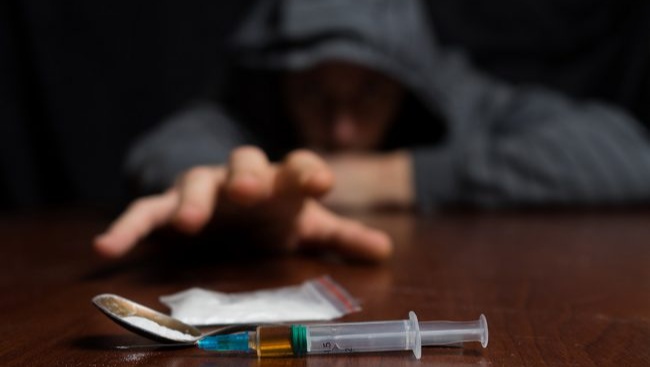 The punishment for many offences under Sections 15–23 of the NDPS Act is majorly categorised based on the type and quantity of drugs involved. There are different levels of punishment that an offender has to go through.  Since there are three levels of drug quantity classification, disciplines differ too for small, Intermediate Quantity, and commercial quantity.

The punishment prescribed for different quantities are as follows:

When the case involves small quantities of drugs, the imprisonment usually lasts for 6 months maximum. Or the fine for the same may extend to Rs. 10,000. There are cases where the offender gets both a fine and imprisonment.

The charges are different if the case involves a quantity lesser than commercial but more than minor. The punishment of imprisonment will last for ten years. Or the fine will extend to  Rs. 1,00,000. While in some cases, both.

Lastly, if the case involves commercial quantity,  the punishment of imprisonment is always more than 10 years and not less than it. It can also get extended up to twenty years. While the fine shall not be less than Rs 1,00,000 and may extend up to Rs 2,00,000.

It doesn't matter if the narcotic drug or psychotropic substance consumed is cocaine, morphine, diacetyl-morphine, or other narcotic drugs. Even if it is any other type of psychotropic substance that the central government defines in the  Official  Gazette, there will be punishment for the offence. And it can be pretty rigorous imprisonment for a term that can extend to one year, or the fine can get raised to Rs. 20,000; or with both.

If a narcotic or psychotropic substance gets consumed, different lines do not specify the additional fines and charges under clause (a).  The imprisonment is usually for a term which may extend to six months or the penalty for the same rise to Rs. 10,000 or with both.

Now that you know the exact meaning of commercial quantity under NDPS. You have a clarification of the different drug quantities and punishments under the same.

To learn more, you can visit Get Legal India and gain more knowledge on the area. You can read more articles and find professionals who can help you throughout the legal matter if you are stuck in any situation.