What a mother means

“Motherhood is the exquisite inconvenience of being another person’s everything.”

Being 30 now, and reaching that point in my life where my peers are having children, is a truly terrifying feeling.  I don’t even know how I’m keeping myself alive at this point, and it’s insane to imagine that my friends, some younger than me, are bringing life into this world. And this Mother's day, I set aside some space in my mind, to imagine what it would be like to be my mother. 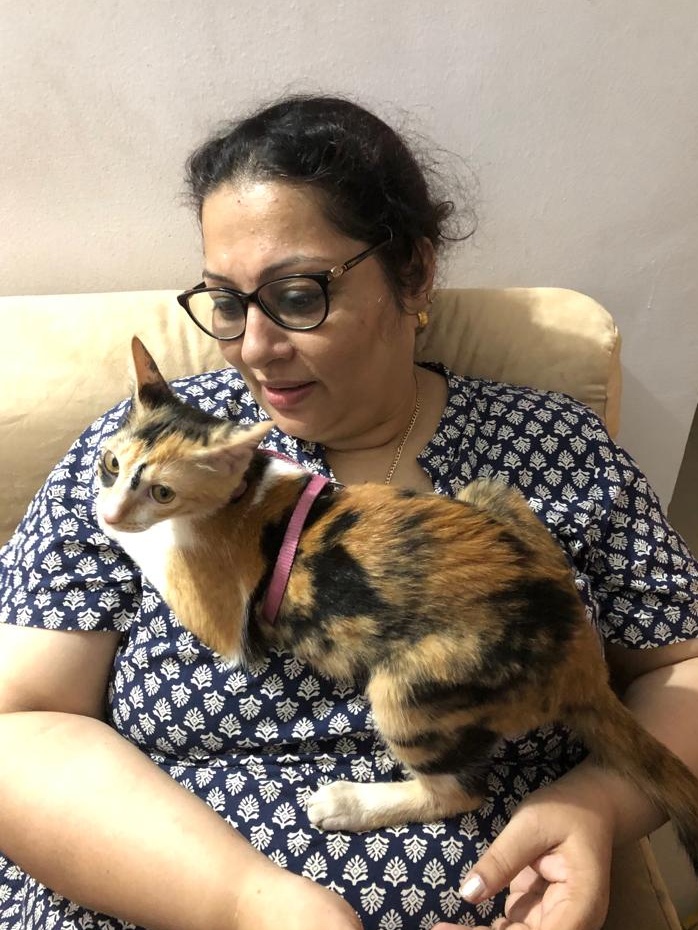 My mom had me at 22, and my sister at 26.  She spent her whole life in Mumbai, and once she got married at 21, moved to Chennai in South India. This was her first time out of her hometown, at the start of her marriage, with a husband, a baby boy, and no real connections in a city where she didn’t speak the language. This was in a world where there was no Internet or global connectivity yet, so a lot of the parental structure was really anecdotal. I’ll tell you now, that situation would have freaked me out to no end, and I’m amazed she pulled it off. I’d say, she did, and is still, doing a good job, given that we’ve turned out all right so far.

Growing up, I don’t really remember having any needs unfulfilled. Yes, My dad didn’t let me watch too many movies, and I had a strict bed time, but for a majority of it, my parents were great providers. They made sure I was well educated, well adjusted, in good health, and overall had as normal a childhood as one could in India. Looking back now, I’m sure they have more memories of my childhood and teen angst years than I do, and wow, I can’t believe they did it for 2 decades straight. 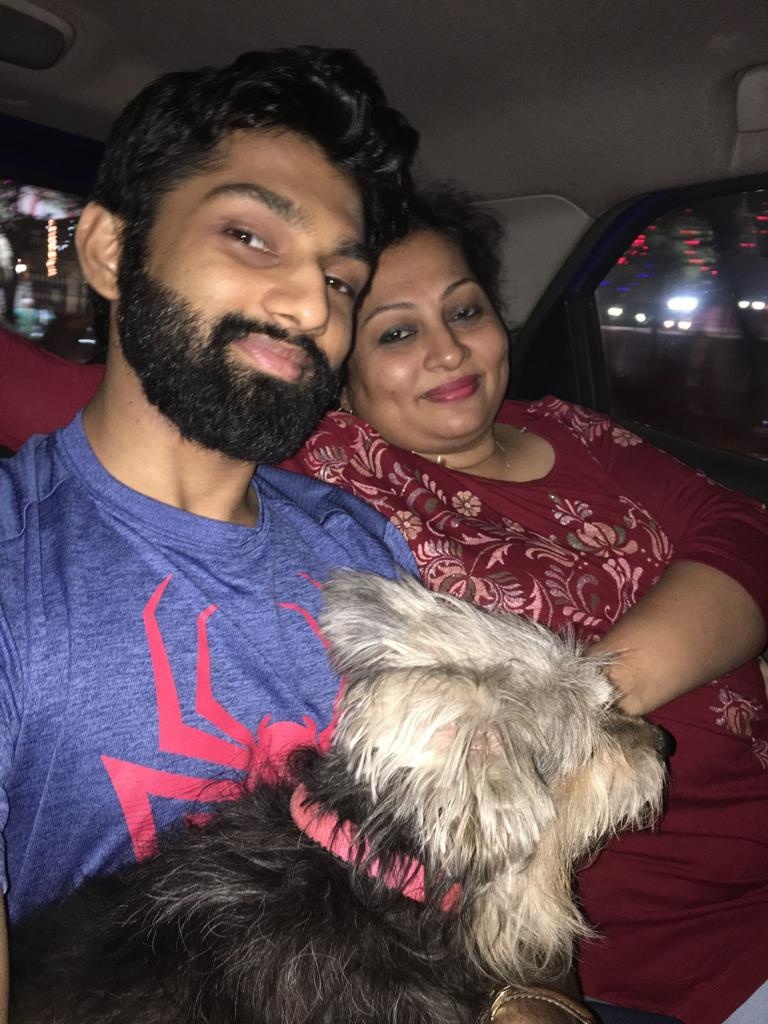 I have inherited a few aspects from my mom, both positive and negative, that I’m slowly learning through introsepction.  For starters, we didn’t really resort to “pill popping” in our house; thats how she put it.  My sister loved that rule, because she hated (and still does) the idea of tablets and capsules. But mom raised us to never rely on the pills. If you’re sick, you drink your fluids and you rest, and you let your body fight it out. Thats the Indian way; none of this “pop a Crocin when you have a fever” loophole. She wanted us to build up a strong immunity, and use the body’s natural defenses as much as possible. And to this day, that mentality channels strongly through me. I do not resort to taking any tablets, even when I feel sick (which thankfully I rarely do), and I think a large part of that is because the first few decades of my life, had my body fighting off everything as naturally as possible.

I also share my mothers deep issues with non-confrontation. We’re people-pleasers, going out of our own way to make others feel comfortable, and often at the sacrifice of our own health. We’re walked all over, and used a lot by the people who take advantage of our meek responses and soft voices. We’re never listened to, because our kindness is seen as a weakness. My mother didn’t get a chance to change this, and it looks like the cycle must be broken with me. Kindess is a gift, but the awareness of whom to extend it to, will be a lifelong quest.

My mom is great teacher, and though we weren’t her first students, it gives me joy that her legacy will live on through her pupils, her children being two of them. I’ve inherited a lot of the elements that make a good teacher, in the form of a reluctant leader. I feel both roles (a teaches and a leader), share similar skills that my mother has imparted on me, but are caged behind issues of self-confidence. 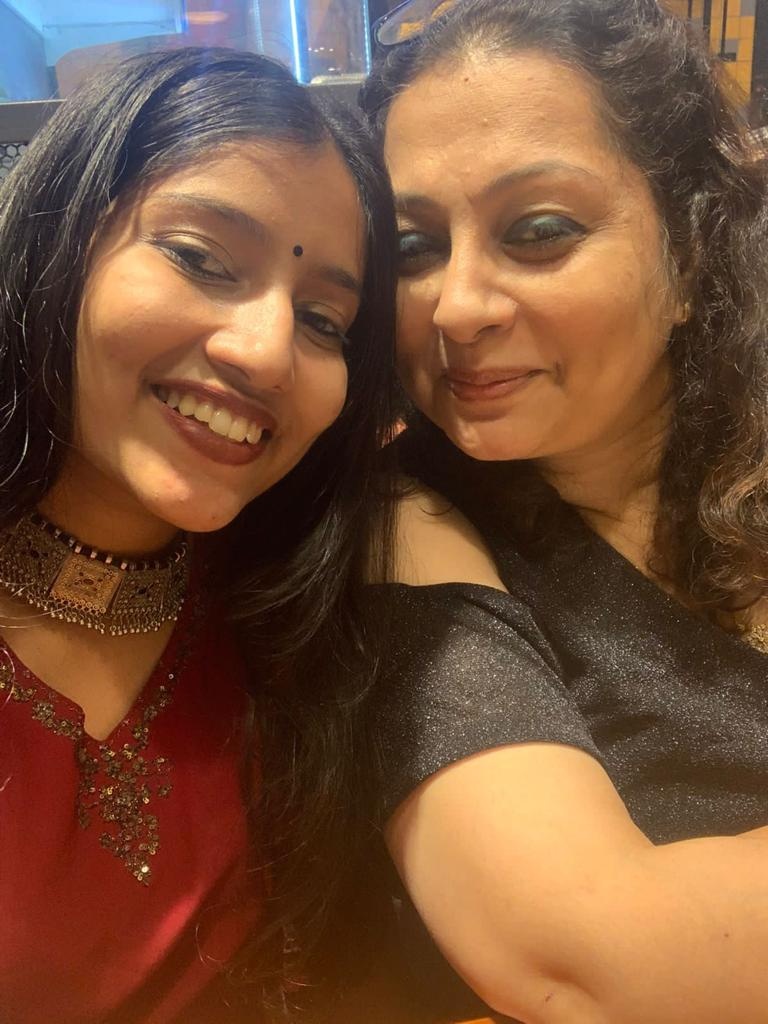 My mother is a reader, and a gifted linguist. She introduced me to the library, and forever put me on a path of expression through words, and the art of storytelling. My love for reading comes from her.  While she and my dad had the gift of tongues, speaking at least 7 languages in fluency, I got the short end of the stick, ending up with xenoglossophobia. I could never learn languages other than English. Mostly stemming from confidence issues, it resulted in a huge mental block. And let me tell you, in a place like India, where every street corner could have a dialect of its own, you tend to feel alienated very quickly. I was always envious of my multilinigual friends, though I see in hindsight, that the time spent not learning other languages, pushed my brain to absorb English and Math, never really worrying about them growing up, rather excelling in them over time.

My mother taught me that there is always dignity in any job. She learnt this from her father, one of the hardest workers I’ve known, and its something that has passed down to me. It allows me to be grateful for any job I’ve had, and it’s a principle I follow to this day. I strongly believe that every single person needs to spend a good amount of time working a minimum wage job. The tech industry and the rich and powerful, often have the same weakness - pride. Working the lowest paid job you can, teaches you how to be humble, how to respect the person who waits on your tables, or who is on the other end of the customers service line, or who delivers your food.

Repeat after me - there is no job, that is beneath you. Do not let the salary or the position define who you are. The fact that you work at all, no matter what job it is, is a statement in itself, and you should be proud of it. Too many people have taken the prideful route of not accepting a job that they thought is “beneath” them (my father is one of them), and it never ends well.

But my mom also lives a life of shattered dreams. As with most mothers, she had a lot of promises made, that were never fulfilled in her age, either through her family, or her husband ,or her children.  And that is really the largest burden that a mother bears, but she will never share - that they too dreamt of a life.

They grew up with dreams, with visions, with hope, with careeer aspirations. Just like all of us do. And there was a long line of sacrifices they had to make, where they could feel their dreams shatter; one by one, those possibilities of what “could have been” slowly fade away.  And no doubt, all our mothers will say that we were the best things that ever happened to them. But it won’t change the fact, that there was an immense sacrifice that had to be made, for us to be brought into this world - her potential. A woman’s limitless potential at the prime of her life. All snapped away when you were born.

And now look at you, living your life the way you see fit, the way you want, with what I hope is all the luxuries you could have. All because one woman made the choice, to sacrifice what she could have been, for the chance that you could be.  We are the best and worst parts of her, all rolled into one. And she can see it, she can even experience it, but its something only a mother will know.

There's a beautfil quote from Jill Churchill, that I'd like to extend to all mothers out there -

“There is no way to be a perfect mother, and a million ways to be a good one.”

So be thankful for your mother, because I am for mine.