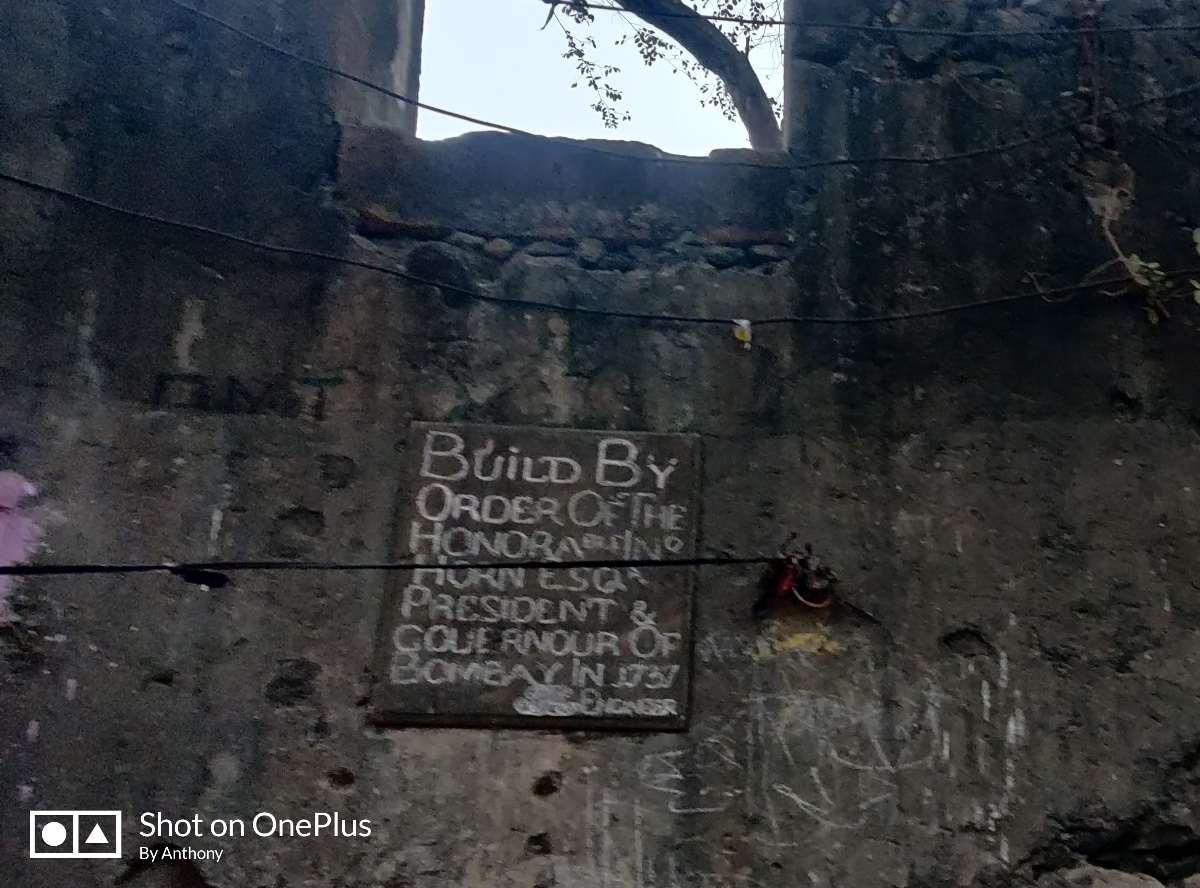 The Board says it All

The passage, which is now covered

Mumbai has many great places within its city limit which are of great importance to it's history. One such place hidden inside Dharavi which was considered to be one of the largest slums in Asia some years ago.

Hidden amidst the Dharavi slum in a dilapidated condition lies Riwa Fort also known as Kala Qilla (Black Fort) on the banks of the Mithi River, that was built by the Portuguese at the beginning of the 17th century. It remained in their control until 1665, when the British gained control over. Because it was made of black stone, the locals commonly called it Kala Killa (Black Fort).

It was part of the larger Bombay Castle and marked the northern portion of British held Bombay in the 17th century. In 1739, the island of Salsette was ceded to the Marathas and their power became obvious to everyone, including the British. They realized the importance of the Riwa Fort in helping them beat the Marathas and began to use it as a watchtower.

One has to cross the bylanes now to access the Fort which has no proper entry as it has been encroached. I had to enter the fort from a building adjacent where an iron platform is placed to reach the fort. There is a passage in the fort above which is now being covered by a grill, I was not able to jump in and check. There is a small opening inside the passage which leads you to the entrance below. Atop the fort premises I found a Chicken Coop, the place was dirty and stinky with the droppings. There seemed to be some work going on around of the Fort, as there were stones lying. Hope the work gets completed soon and the Fort retained back to its Glory.

It lies hidden opposite Mahim Nature Park and Behind Dharavi Best Bus Depot.

Please visit such places and let's get our government to clear it and make it accessible to all and retain it's beauty.