Paintings that speak of the world!

An artist emerged from France with an amazing talent of creating figurative subjects. She is Nahalah and when one looks at her work, all they will find initially is the romance of blue with white. When a deep dive is taken, they get to visualize the ecstasy of her colours, the magic they do on the canvas and the masterpiece that emerges out of the strokes of her brush. 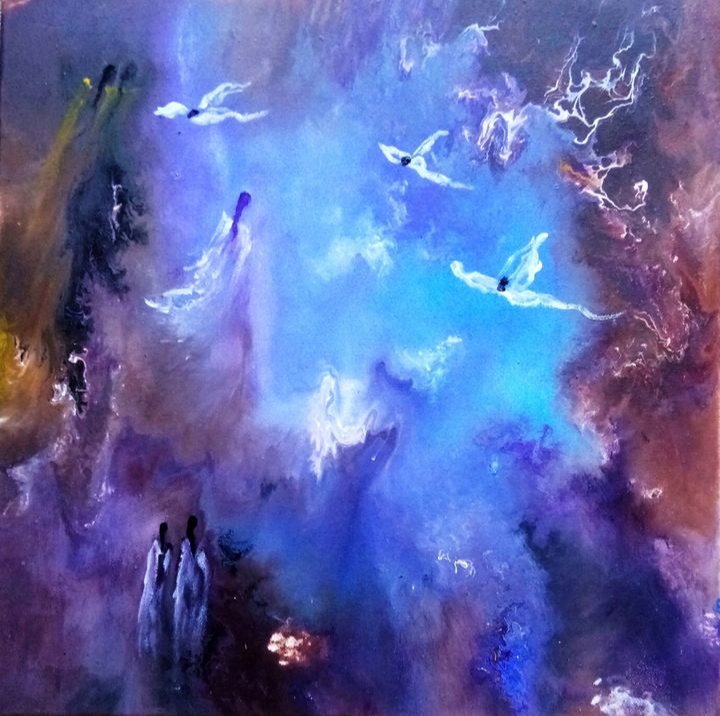 She paints figurative subjects but that is not all. She attempts abstraction with all her might and yes! she stands successful in convincing her viewers. Keeping the concept of coercion miles away, she invites freedom of thought into the streams of colours. When her work has to be described, a website writes, "Behind each of her paintings and despite the lack of apparent landmarks, she indulges in impressions that may leave you doubtful but which have woven her profile and a real temperament. While in life she never allows herself to be told about it, she reacts even more vivaciously when it comes to composing a work that she must submit to the public gaze. This is obviously not an art that we explain, rather a long gestation process, both thoughtful and instinctual, that we admire for its intrinsic qualities".